I'd like to thank everyone who has read my blog, as well as visited both A Family Affair Boutique and Sharry's Place this year.  It means a lot that you would take time out of your busy day to check in with us.

As Christmas Day draws near, please remember that JESUS is the REAL REASON we celebrate this time of year.  The story of His birth can be read in the 2nd chapter of the Gospel of Luke.  I highly recommend making an annual tradition of reading this on either Christmas Eve or Christmas Day.

From my home to yours, may you have the merriest of Christmas seasons.
Posted by Nanny at 7:01 AM No comments:

Another One Bites The Dust...

The 10th annual ScareFest convention was held the weekend of September 29-October 1 at the Lexington Convention Center in Lexington, Kentucky.  I must say I definitely was not disappointed.  FYI...ScareFest is a convention dedicated to horror films and the paranormal.  Stars from both movies and tv shows come to the convention to mingle with their fans.  One of the stars that comes almost every year is Kane Hodder, who is probably the most well-known actor who has played Jason Voorhees in the Friday the 13th movies, having played the role in 4 of the movies.  Another celebrity who comes every year is Chip Coffey, a medium who was on Paranormal State. 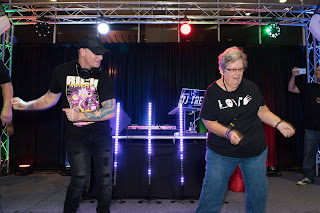 Each year on Friday night of the convention, a  VIP party is held for the stars and people who have bought the Platinum or Golden tickets.  This year it was held at the Manchester Music Hall.  On Saturday night, the annual costume contest followed by the Costume Ball is held in the Prefunction Area of the Convention Center.  The picture to your left was taken during this year's Costume Ball, and as you can tell, I was having a great time with the official ScareFest music spinner, The Rockstar DJ Tre aka Scott Fisher.

Besides Kane Hodder and Chip Coffey, some of the stars at this year's ScareFest included Robert Englund, Freddy Kruger of Nightmare on Elm Street, Danny Trejo from the Sling.tv commercials and Machete movies, Ghost Brothers, Tennessee Wraith Chasers, and Amy Bruni & Adam Berry of Kindred Spirits.

At the present time, I am in the process of getting my photographs ready to upload to my photography website, Sharry's Place.  As soon as they are uploaded, I will let you know.  Also, next year's ScareFest is already under way, so please visit their site for more info.
Posted by Nanny at 9:01 AM No comments: 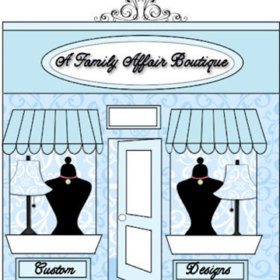 I apologize for not posting for awhile, but things around here have been rather busy with the new business my daughter and I have gotten into, which offers custom heat press vinyl designs.  We opened an online store on Etsy.com this past February and it's getting rather busy; at least we think so.  Even as I'm writing this I received a text asking about a particular shirt on the online store. :-)

We were asked a few weeks ago to come up with designs for a football youth league, which went over really well.  Everyone seemed to be very pleased with the designs we offered.

We recently got an order from a business owner for decals for his truck.  This was the first time I had to try to come up with a 24" design consisting of 2 different colors.  I was concerned that it wasn't exactly what he wanted; however, he told my daughter he was very pleased with it.

For those of you who are interested in visiting our online store, you can do so at AFamilyAffairBoutique.com.  Also, feel free to follow us on FaceBook.

On top of staying busy with the business, I'm in the process of trying to loose a bunch of weight.  I've been working with my physician since this past May, and though I've lost a few pounds (the doctor is satisfied), it's not coming off very fast.  I have a gym membership, but it's hard getting to go as often as I should.  I've also had several medical tests run due to being short of breath.  An echo-cardiogram and stress test are scheduled for the first week of October.

On top of that, the weekend of September 29-October 1 is my annual mini-vacation to attend the ScareFest convention in Lexington, Kentucky.  I'm really looking forward to it this year because it's their 10th anniversary and I'm looking forward to meeting several of their guests.  These include Robert Englund (Freddy Krueger), Danny Trejo (Machete), The Ghost Brothers, Tennessee Wraith Chasers, and 4 members of Mountain Monsters.

I hope to do better in the future about posting here.  Thank you for visiting. 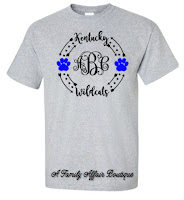 It's been pretty busy around here trying to design shirts to add to our store, uploading them to our store, keeping our FaceBook page updated, and putting out orders for clients.
Forty-one (41) designs were uploaded to our store just this morning, and we've got several more in the works.  Our designs range from monograms with or without frames and sayings & quotes to sports, animals and professions, just to name a few. 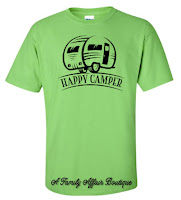 FYI...if you have an idea for a shirt, let us know.  We will try to see what we can come up with for you.  A picture of a shirt with the graphic for your approval.

If you would like to check out what we've got so far, just visit us at afamilyaffairboutique.com.  Please feel free to ask us for more information.
Posted by Nanny at 11:11 AM No comments: 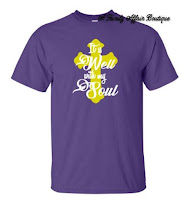 We've recently added a couple of new t-shirt designs to A Family Affair Boutique.  Sizes available range from S to 2XL.  T-shirt comes in several colors.  You can also visit us on Facebook, where you will find several photos of other shirts and decals we have done.  We also do monograms.

A Family Affair Boutique will also do custom orders.  Just contact us and let us know what you have in mind. 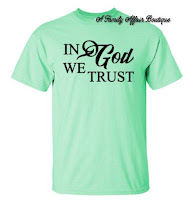 In the event you are not aware, my daughter and I have our own business doing custom design vinyl decals and monograms, which we've been doing since last summer.  Our FaceBook page features the shirts, hoodies, sweatshirts, and other items we have done.  Yesterday we took the plunge and set up shop on Etsy; you can check out our store by clicking the Etsy button on your right.

Need decals, wall sayings, or a shirt?  No problem.  We love getting requests for customized orders, so please feel free to contact us for more information on what we can do for you.  We strive for fast turn around on orders, and will be up front with you if there are any problems. 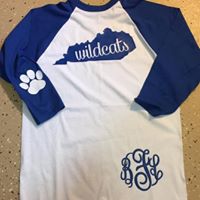 It's that time of year where college basketball is getting rather hectic with lots of heated games where teams are trying to make it to both the division tournaments and getting selected for the NCAA tournament.  During the NCAA tournament, each of us have a favorite team we hope will win the whole shebang.  Several of you will be either attending or hosting tournament parties and will be sporting apparel with your team's name and/or logo.  If you're wanting something new to wear this year, why not check out A Family Affair Boutique?  They will work with you on design and colors.  A Family Affair Boutique offers t-shirts (both short sleeve and long sleeve), raglans, hoodies, and sweatshirts.  Their prices are reasonable and they strive for a fast turn-around.  Visit them today.
Posted by Nanny at 6:04 AM No comments:

I am in the process of trying to update some of the links on my site.  Some are being deleted and others are being added.  Also, my photography website has been updated with several new photos.  You can check them out at Sharry's Place.

Come back again and find out what's new around Sharry's Place.
Posted by Nanny at 8:55 AM No comments:

I apologize for being absent from here for the last several weeks, but things have been rather hectic around here.  One of the main things that have kept me busy is my newest adventure...A Family Affair Boutique.  It is devoted to custom vinyl designs for heat press and decals and monogramming.

Now that I've somewhat caught up on things, it is my hope to keep you updated more on current events with both A Family Affair Boutique and my photographs on Sharry's Place, as well as other odds 'n' ends.

Speaking of my photographs, I'm getting ready to attend the Lexington Comic Book and Toy Convention March 10-12.  They announced this past Saturday that one of their guests will be Lee Majors, aka The Six Million Dollar Man.  I am definitely looking forward to meeting him.

Stay tuned for more adventures from yours truly.  :-)
Posted by Nanny at 8:13 AM No comments: